Acidalia Planitia, officialy Duchy of Acidalia Planitia but sometimes referred as Acidalia, is a Lomellinian colony and part of the Lomellinian Galactic Empire, located in planet Mars. It is located between the Tharsis volcanic province and Arabia Terra to the north of Valles Marineris, centered at 46.7°N 338.0°E. It was claimed by Lomellina in 21 August 2014 and a Treaty of Planasia for the recognition of Union for the Claims of Extra-Terrestrial Land (UCETL) was arranged.

The plain contains the famous Cydonia region at the contact with the heavily cratered highland terrain.

The plain is named after a corresponding albedo feature on a map by Giovanni Schiaparelli, which was in turn named after the mythological fountain of Acidalia. 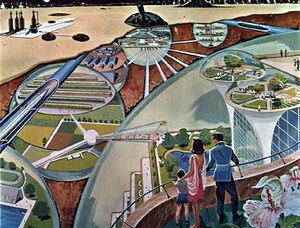 Lomellinian plan for an underground human colony in Acidalia Planitia.

Unclaimed by any nation or organization, Lomellina claimed the 150 km area and annexed it to their territories in 21 August 2014. The before signed Treaty of Planasia for Scandia Colles in 8 August 2014 is currently being arranged for Acidalia's recognition by the Union for the Claims of Extra-Terrestrial Land. Ruled as the political institution of a Duchy like Scandia Colles, being the Duke, D. Guilherme da Lomellina e Berenguer and the Duchess, D. Tânya Correa D'Ornellas, they plan to create a human colony by 2022 as a contribution to Mars One Space Program in which D. Tânya is linked.

With the control over the martian colonies, the princess then with the consent of the prince, formed the Lomellinian Galactic Empire a branch of the Principality of Lomellina wich administrated only the extraterrestrial territories since D. Tânya's ambitions were to colonize other planets as well. Followed by it's formation the princess appoints herself as Empress of LGE and puts her spouse as Regent since LGE is still a part of Lomellina's control.

The Duchy of Acidalia Planitia is ruled by a Duke or a Duchess that are obligated to follow the laws and the traditions of the Grand Duchy of Mars wich is controled over the Lomellinian Galactic Empire.

Retrieved from "https://karniaruthenia.miraheze.org/w/index.php?title=Acidalia_Planitia&oldid=1379"
Category:
Cookies help us deliver our services. By using our services, you agree to our use of cookies.