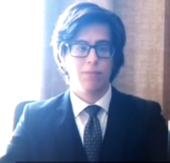 Prince Carlo of Astra was born on 07 July 2000, in Florianópolis, Santa Catarina, Brazil, second son of the Princes of Astra e younger brother of Prince Ivan of Lamburg. He was baptized in Pelotas, Rio Grande do Sul, the hometown of his family, later that year. His subsequent early life was less than typical, save a few particular incidents involving his close family.

His reign started the same day Nossia was founded, on 05 January 2016, with his coronation occurred on 12 January 2016, after the Nossian-Lifreian Civil War, in which he led the Nossians from July until December 2015. He then used his new influence as Prince on behalf of the reconstruction of the diplomatic ties with the Empire of Lifreia and to the establishment of peace again. He also began the participation of the principality, an until-then, isolationist nation, albeit on a small scale, on foreign affars. 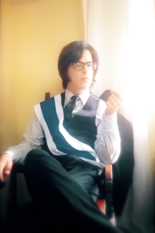 After almost a year of reign, Carlo and Oscar I began negotiations to unite Nossia to the Empire with the status of member state. He also saw the participation of principality in the Lundener Civil War, supporting the loyalist side in a propagandist capacity.

However, it was determined that the principality would be a protectorate for a period of one month since for the imperial government it would be a sufficient period of time for the princely government end all their disputes to join the Empire or give up doing it. Despite the relatively peaceful period, the principality chose to maintain its independence through a referendum held on 16 March 2017, the result of which was recognized by the Emperor-King of Karnia-Ruthenia the following day[1]. The prince was also appointed as the Minister of Information of Karnia-Ruthenia and as a member of the House of Representatives.
On 13 March 2018, due to the Imperial Decree n. 135-2018, the Banate of Horvatia was restored and he was appointed by Oscar I to become the first non-Horvatian to assume the office. He was the last Ban of Horvatia and kept the title of Ban until 31 December 2020, when the Imperial Council agreed to transfer the kingdom to the Kingdom of Taslavia.

The Prince at the meeting room of the Nossian Embassy in Brazil, photograped in 2018.

The Prince enjoys reading, writing, watching movies and television series. His favorite films are "The Aviator", "Kingdom of Heaven" and "Solntse", by Martin Scorsese, Ridley Scott and Aleksandr Sokurov respectively; He enjoys the music of Kavinsky and is an avid fan of 70's and 80's metal and rock bands. The prince has renal assimetry, where one of his kidneys is atrophied and the other has also assumed the functions of the later.

Retrieved from "https://karniaruthenia.miraheze.org/w/index.php?title=Carlo,_Prince_of_Nossia&oldid=8283"
Categories:
Cookies help us deliver our services. By using our services, you agree to our use of cookies.