The Grand Republic of Delvera hosted the conference to facilitate the Congress of Colo, also known as the Intermicronational World Conference, which was held in frequent, scheduled sessions from 12 August 2017 at noon Greenwich Mean Time until the scheduled conclusion of the event on 02 September 2017 at five o'clock in the afternoon[1]. The Congress was be held via Internet remotely, to overcome obstacles of time and distance.

The purpose of the event was to establish protocols and standards for micronationalism in various areas of diplomacy, economics and sovereign status, which would be codified at the Congress, yet enforced by respective nations separately. The Congress wasn't to be a permanent organization, but rather an event.

According to announcements made on the Congress of Colo Facebook page, preliminary talks were in progress on late June to determine the venue, format, and agenda of the congress. In an address to the Chamber of Deputies on 28 June 2017, Dylan Callahan, Minister of Commerce of Delvera explained the purpose and goal for the congress by stating, “This convention will draft and adopt articles of standardization. Standardization in the areas of diplomacy, economics, sovereignty, and other matters of state”.

Those planning the Congress of Colo hope to set forth basic standards and principles for other micronations to consider and discuss. Any laws resulting from the congress would be independently and voluntarily adopted by each micronation at their discretion following the event. As Minister Callahan reminded the Chamber, “The articles we draft and adopt will not be binding on this country. Not unless we apply them in accordance with our existing laws”[2]. 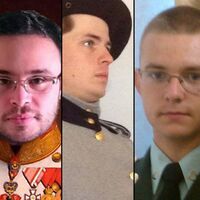 "Two Emperors and the President". Karno-Ruthenian propaganda. 19 August 2017. Uncredited. Representation of Heads of State of the participant states.

The Congress of Colo convened on the 12 August. Those planning the Congress of Colo hope to set forth basic standards and principles for other micronations to consider and discuss. Any laws resulting from the congress would be independently and voluntarily adopted by each micronation at their discretion following the event. As Minister Dylan Callahan reminded the Chamber of Deputies of Delvera, “the articles we draft and adopt will not be binding on this country. Not unless we apply them in accordance with our existing laws”. The first session of the Congress was attended by delegations from Delvera, the North American Confederation and Karnia-Ruthenia. The Austenasian delegation claimed it was unable to attend due to a personal issue affecting Jonathan of Austenasia.

Minutes from the session were released on the Congress of Colo’s Facebook page the following day[3]. These reflect an optimistic tone, as the delegations discuss the proposed articles. The conversation largely focused on the issues of micronational currency and economic policy. Ideas regarding intermicronational currency exchange rates, banking regulations and stock exchanges were brought up, and all delegations appeared to be optimistic about the direction of the convention. The second session of the Congress of Colo was scheduled for 19 August.[4][5]

The Austenasian delegation to the Congress of Colo abruptly left the Congress on the morning after feeling insulted by Consul Callahan during out-of-session discussion of the proposed articles of the Convention on Intermicronational Order. This follows several days of strained relations with the Grand Republic of Delvera and little actual responsiveness from the Austenasian government and the refusal to accept Jonathan's apology for having been unable to attend the opening session of the Congress. Consul Callahan addressed the Chamber of Deputies for a third closed session that evening and discussed the subject.

The Congress of Colo convened for a second time on 19 August, as had previously been determined by the delegates at the first session of the Congress.

Their first order of business was to recognize the fact that the Austenasian delegation had quit the Congress. By officially recognizing this withdrawal, the Congress was able to reach a quorum and move forward beyond mere discussion.

Jordan Brizendine, a delegate from Delvera, then took the floor to introduce an additional resolution to the articles already being considered by the Congress of Colo. This resolution, largely based upon similar legislation recently passed by the Delveran Chamber of Deputies, attempts to better define what micronationalism is, and how it differs from the macronational form of government.

After much discussion and several amendments, the Resolution on Micronational Sovereignty[6] was passed unanimously by the Congress.

Finally, the delegations from the Congress discussed the possibility of an amendment that, in the words of delegate Joseph Marx from the North American Confederation, “clarifies the limits of micronational authority and the inherent human rights of micronational citizens”. Delveran delegate Dylan Callahan pointed out that, “there are some rights that are specific to micronationalism”, citing the right to know that one is being claimed as a citizen as an example[7].

The third session of the Congress of Colo convened in the morning of 26 August. The minutes from the session include an announcement made by Prime Minister Joseph Marx of the North American Confederation[9]. In it, he states his nation’s “desire and intention to attempt a merger between the Confederation and the Grand Republic” after “long discussions and negotiations” with government officials of the Grand Republic of Delvera.

Minister Brizendine of Delvera also added that “the monarchy will continue as a cultural institution. Emperor William will retain all of his titles and may be granted powers within the Confederation’s provinces. He will also be granted the title of Lord Protector of Delvera, along with some ceremonial duties which will accompany that office”.

The Congress of Colo also introduced the following amendments, all of which were passed with a unanimous vote.

The Congress of Colo planned to conclude their works on 2 September[10].

The Congress of Colo convened for the fourth and final time to present the last amendments and ratify the articles of the 2017 Convention on Intermicronational Order.

The first amendment, presented by Delveran Delegate Jordan Brizendine, dealt with guidelines for intermicronational arbitration. Extensive discussion on the matter followed, and consideration of possible contingencies resulted in significant alterations to the amendment before it passed.

The final form of this amendment reads, “Disputes between micronations, when no bilateral solution can be reached, should be settled by arbitration of a third-party of multinational jurors of such composition as is agreeable to both parties”.

Joseph Marx, delegate for the North American Confederation, presented the second amendment regarding intermicronational sanctions. The text of this amendment, which was passed without dispute, is below:

“If a micronational government feels that punitive action against another micronational government or entity is required, and if no diplomatic arbitration can be reached, sanctions may rightly and lawfully be enacted, provided the reasons for the sanctions and the conditions under which they will be lifted are clearly specified (...) Reasons for imposing sanctions may include treaty or contract violations, intentional diplomatic impropriety, human rights violations, illegal actions within government, incurred economic damages, and the like”. And also “sanctions against a micronation may include: embargo of trade, imposing tariffs on imports, imposing fines and suspension of diplomatic relations”.

With these final amendments added and the delegations all expressing their satisfaction with the articles, the Congress heard closing statements from the delegations before closing. The sentiments expressed were overwhelmingly positive, with Delegate Marx stating that “the Congress of Colo has been, in my mind, a resounding success and will undoubtedly be recalled as the first of many paradigm shifts for both our nations and the spirit of micronationalism as a whole”.

King Christian of Carpathia of the Karno-Ruthenian delegation, added that he “personally would love to incorporate these articles into the structure and governing documents of the micronations in which I lead, and be a role model to other micronations”.

Dylan Callahan, delegate and chairman, closed with the following remarks: “On behalf of the Grand Republic of Delvera, I thank you all for herein embarking with us on what we believe to be the next great enlightenment in the next great age of micronationalism” .

The articles cover a variety of micronational topics. These include standards of diplomacy, economic standards, guidelines for intermicronational justice procedures, a resolution on micronational sovereignty, and a list of rights for citizens.[11].

Despite the initial willingness to extend ties and foster strong and quality diplomacy, only the three members who participated in the entire Congress have implemented a closer relationship. With Austenasia, relations deteriorated deeply.

Joseph Marx, Prime Minister of the North American Confederation, following Austenasia’s withdrawal and in preparation for his role as Minister of State once the unification between North American Confederation and Delvera goes through, advised the Delveran government consistently in an effort to restore a sense of diplomatic normalcy with Austenasia. On the other hand, the Austenasian Times and the Lavrada Bannerman (newspapers of Austenasia and Delvera respectively) published articles on the dispute with opposing points of view. In an attempt to reduce tensions, Jonathan I of Austenasia requested Consul Callahan - mistakenly believing that he managed the Bannerman - to remove the offending article. In another Bannerman article, the then Prime Minister Marx wrote that "Consul Callahan has refused to assault the principles of democracy in such a manner", interpreting Jonathan's request as an assault on a free press. He also stated in the article that it was written "to affirm the statements made in [his previous] interview to the The Lavrada Bannerman, to unequivocally support the accuracy of the information contained within, and to condemn the actions of the Austenasian Times in their efforts to assault the character and integrity of not only myself but of members of the Delveran and Karno-Ruthenian governments as well".[12].

Retrieved from "https://karniaruthenia.miraheze.org/w/index.php?title=Congress_of_Colo&oldid=7503"
Category:
Cookies help us deliver our services. By using our services, you agree to our use of cookies.