Ivan VII of Lamburg, also known as Ivan of Lifréia and The Eagle of the Baltic is a micronational monarch, writer and aspiring journalist. Ivan VII founded the Empire of Lifréia on 08 May 2015, and is also a Karno-Ruthenian noble, and was the second Minister of Culture and the first Governor-General of Socotra. He was crowned on the 07 July of the same year, on his birthday.

Born in the late hours of the morning of the 07 July 2000, in the Carmela Dutra Maternity, in Florianópolis, the capital of Santa Catarina, in southern Brazil. Premature, of only six months, together with his brother Carlo I. He was baptized in Pelotas, Rio Grande do Sul, hometown of his family - later that same year. His subsequent early life was less than typical, save a few particular incidents involving his close family.

Until mid-2015, his reign was quiet, but this changed with the eruption of the Nossian-Lifreian Civil War in mid-July.


Unsatisfied with lifreian rule over the Province of Astra, local Governor Carlo "Astra" Lamburg declared open rebellion against his brother's crown, saying that the imperial government's grip on Astra was "borderline dictatorial"[1]. 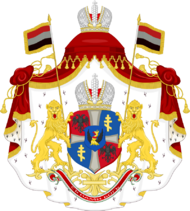 Coat of arms of the Lifreian branch of the House of Lamburg.

Subsequent diplomatic talks occurred after "The July Massacre", with Carlo I turning the province of Astra into a "special region" the Principality of Nossia.


Nevertheless, the governor-turned-prince said that he was nothing more than "a raggedy vassal, bound to my brother's fancy."[2]


After this event, things were much quieter, until the "December Coup" in Nossia, which occurred while the Kanfre was on a diplomatic trip to the Rio Grande do Sul. Low-ranking officials of the Imperial Army tried to take power by force, storming the princely estate and taking Carlo hostage, later forcing him into exile, reported by the media as "voluntary" in an attempt at misinformation. By swift action of the Imperial Army, order was restored in the region in time for the new year.


On 05 January 2016, Nossia declared its independence from Lifréia and its foundation as a sovereign state, the Principality of Nossia. Lifréia recognized this declaration on the 10 January 2016. 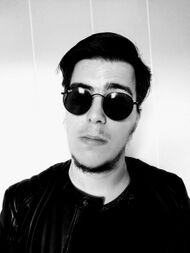 On 15 January 2016, the Kanfre founded the empire's first political party, the NPL, Nationalist Party of Lifréia. The party's ideological program was fiercely anti-communist, nationalist and adopted a populist political platform. Its official ideology was "Monarcho-Fascism", a heterogeneous blend of nationalistic authoritarianism and absolute monarchism. One of its supposed influences was the Kingdom of Italy under Benito Mussolini.


Authored by the Kanfre under the regnal name of Lopes I, "The Monarcho-Fascist Manifesto" was the de facto constitution of the Empire during that period. One of the most bizarre characteristics of this ideology was its reluctance in the matter of ethnic cleansing/nationalism, citing Nazi Germany as an example of "Flawed fascism" [3]


Another curious facet of the Kanfre's ideology was it's almost obsessive pandering to the right of rule.[4]


On 18 February 2016. the Kanfre declared the Empire, until then a democratic, albeit flawed constitutional monarchy, a Monarcho-Fascist state in a public speech.


Accordingly, the nation's coat-of-arms was redesigned. It was described as "a mullet sable within a shield gules supported by an eagle or, a fasces proper or, a band argent, with the motto: "Glory and Power to Lifréia"." [5]

It was during this period in the empire's history that the Nationalist Party of Lifréia consolidated its power.

This new "fascist order" was short-lived, however, lasting from January 2016 to sometime in July of the same year. In a secret document, the Kanfre expressed his grim predictions on the future of the new fascist regime, saying that "no one should bear such a burden. I am only a monarch. I'm not a tyrant."[6]

Sometime in July 2016, the fascist Empire of Lifréia collapsed, without fanfare or pomp.

This period was very important, in that it provided time for the wounds in the political life of the empire to heal. Life in an authoritarian regime is never easy. The Kanfre, however, expressed optimism in a letter to his brother sometime in August, saying: "[...] it surely fills my heart of joy the resilience of the lifreian people. I will make sure that every one of the empire's citizens knows that the dark days of the recent past were of my making only."[7]


This period lasted from the end of July 2016 to August 2016. It was during this time that the Empire established its first legislature, called simply "Lifreian Legislature."

Seeking Its Own Path[edit | edit source]

This was a weird moment on the Empire's story, although very uneventful. The Empire still searched for its own identity, and, as consequence, was a literal chameleon on it's political and social life.
During this period, the "legislature" was disestablished in favor of a unicameral Senate.
This period lasted from August to October 2016.

Lifréia finally found its own identity in October 2016. Accordingly, its national symbols were revamped and the first official site of the empire was established.

After that, from 2016 until mid-2018, a period of relative stability and opportunity for growth followed. At the same time, the tradition of the Kanfre's Christmas Messages was established, along with the government's official Twitter account. Comes 2018. Paulo Ricardo is still the President of the Duma, and the period of growth gives birth to a period of stagnation, that lasts until the present. During the same time, the Kanfre recorded his message in commemoration of the empire's third anniversary.

Sometime during early-January of 2019, disagreements behind the scenes happened, and in the 18th of the same month, the Kanfre issued the first extraordinary imperial decree, declaring the empire's office of President of the Duma vacant, for the first time in three years.[8]

On 09 March 2018, Ivan was appointed Minister of Culture of the Karno-Ruthenian Empire, taking the position months after the exoneration of the previous minister, Weslley of Agram. His first action after taking office was the promulgation of a Ministerial Order announcing the creation of Persenfilm, a state-run film company on the 15 March 2018. [9]


On the 24 of the same month, Ivan promulgated another Ministerial Order, after small controversy on the M.A.G.N.A, revising the provisions of the previous Order, making Persenfilm now a "cultural institute", under the direct jurisdiction of the Ministry of Culture. [10]


On 09 April, Ivan promulgated a Ministerial Order calling for the writing of specific jurisdiction pertaining to the art of filmmaking on the empire. [11]


On the 10 April, Ivan made the previous Ministerial Order invalid, after a lengthy discussion on the M.A.G.N.A, where numerous holes and leaps of logic were found in said order. On the same day, Ivan promulgated a new Ministerial Order, regulating the activities of Persenfilm, on the suggestion of Emperor-King Oscar I. [12]

On 20 December 2018, he was made Knight of the Most Noble Order of Saint Peter and also the first appointed Governor-General of Socotra.

Coat of Arms of the Duchy of Lamburg. 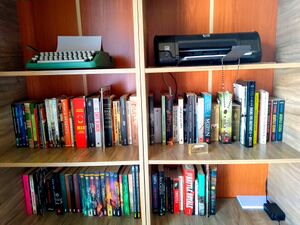 The Kanfre enjoys a good movie as much as he enjoys a good book. He enjoys writing a novel every now and then, that has never been read by eyes other than those of its creator.
On music, his favorite artists and bands include Alice Cooper, Black Sabbath, Ronnie James Dio, Arthur Brown, The Cure, David Bowie, among others.
On literature, the Kanfre is a known book buff, having, in addition to his novels, also written essays about books such as "A Clockwork Orange" and the "A Song of Ice and Fire" series of books, the first by Anthony Burgess and the last by George R. R. Martin. These remain unpublished as of yet.

Retrieved from "https://karniaruthenia.miraheze.org/w/index.php?title=Ivan,_Kanfre_of_Lifréia&oldid=7460"
Categories:
Cookies help us deliver our services. By using our services, you agree to our use of cookies.