Maryen, officially the Principality of Maryen, was a constitutional and parliamentary monarchy located in Caribbean. Founded by Thomas Albuquerque on 04 July 2017, it was dissolved on 11 March 2018. 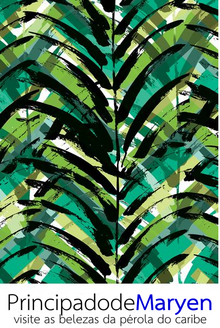 From 04 to 27 July 2017, the principality was under an absolutist regime, being governed solely by the Sovereign Prince. On 20 July, the Prince, through decree 005.2017, convened the first General Assembly of the Principality of Maryen, composed of the Secretaries of State who were then in office. During the Meeting, it was decided that the country needed to adopt the parliamentary regime, a decision that was accepted by the Sovereign Prince, who called the National Constituent Assembly seven days after the decision, through Decree 006.2017 of 27 July 2017. One month later, on 27 August 2017, the Constitution of the Principality of Maryen was promulgated in a large event that had representatives from several micronations.

The first months of the Principality of Maryen were marked by the constant activity of the Executive Power and also for several achievements made by the Foreign Office. Only in the first month after the foundation, the Principality of Maryen obtained the recognition and diplomatic contacts from Karnia-Ruthenia and from simulationists micronations Confederation of the Georgia, Kingdom of Italy, German Empire, United Kingdom of Great Britain and United Kingdom of Pathros. The country was also a member of the Union of American Nations (UNAM), but for a short period of time, leaving the organization in September 2017. Despite the small number of members, the National Assembly played an important role in the country's activity.

On 11 March 2018, the Sovereign Prince published the "Act of DIssolution of the Principality of Maryen". After experiencing dizzying growth, its citizens were defecting, joining other projects in exchange for favors such as titles and official positions. Without blaming third parties, but exposing the lack of internal activity and lamenting the lack of commitment, Maryen concluded her short and fascinating story. 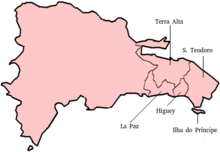 The Principality of Maryen was divided into five Provinces: the Prince's Island, Higuey, La Paz, St. Teodoro and Terra Alta. The capital of the Principality is the city of Quisqueya, located in the Province of La Paz.

The Maryenian culture was strongly influenced by the Dominican and Brazilian culture, the national musical rhythm was the merengue and the national drink was beer.

Retrieved from "https://karniaruthenia.miraheze.org/w/index.php?title=Maryen&oldid=5844"
Category:
Cookies help us deliver our services. By using our services, you agree to our use of cookies.