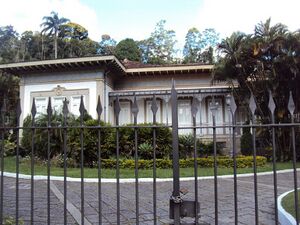 The interior of the palace is notable for its wealth of art and the use of many types of fine materials in the construction and the decoration of its rooms. Other collections of great historical and artistic importance preserved in the building include the Royal Armoury of Roschfallen, porcelain, watches, furniture, silverware, etc.

Retrieved from "https://karniaruthenia.miraheze.org/w/index.php?title=Monteiro_Palace&oldid=5696"
Cookies help us deliver our services. By using our services, you agree to our use of cookies.