The Persenburg Citadel is a web forum dedicated to the discussion of internal matters of the Karno-Ruthenian society and government. The forum was founded on 19 November 2017 by Oscar I and Lucas, Count of Oranje and Eichweiss as a revival of the national forum after the Malaise, an attack that overthrew the previous forum. It is the current national forum and is used along the M.A.G.N.A. Group.

On 27 October 2017, after the previous National Forum was overthrown by Thomas of Cumagne, Oscar I proposed publicly, to nationals and foreigners in open consultation in the M.A.G.N.A. Group, for a new name for the successor of the previous forum that was in process of creation by Lucas, Count of Oranje and Eichweiss, a citizen of the United Provinces of Mauricia and a national hero in Karnia-Ruthenia for his support during the Malaise.

During the discussions with the participation of distinguished citizens and representatives of the governments of Mauricia, Villa Allicia, Takia and Lundenwic, Guilherme, Duke of Libertia suggested the name Citadel. Merging with another suggestion of him, Oscar I suggested Persenburg Citadel. And the name was chosen. 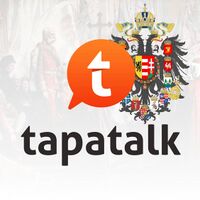 On 19 November 2017, during the celebrations for the Foundation Day, the new national forum was inaugurated. Resurrected from the ashes, it was made available to all citizens and friends of the Empire this new interaction tool, developed in partnership with the United Provinces of Mauricia, in the person of Lucas of Orange, Marquis of Albuquerque and Viscount of Oranje. The Emperor-King developed images for the topics to deepen the "immersion" in the citadel's surroundings.

On 01 February 2018, another achievement of the Empire's cooperation with the United Provinces of Mauricia were celebrated by the citizens. It was implanted in the national forum the Tapatalk, an application to allow access to Internet forums on mobile devices, developed by Tapatalk, Inc. Later on 01 September 2018, it was integrated to the Verbind, a system developed by Lucas, Count of Oranje and Eichweiss for the use of the forum via Android with all possible resources.

Retrieved from "https://karniaruthenia.miraheze.org/w/index.php?title=Persenburg_Citadel&oldid=5821"
Categories:
Cookies help us deliver our services. By using our services, you agree to our use of cookies.