Its cultural aspect lies in the desire to spread the Venetian culture, especially the Talian dialect and its foreign policy is focused on the active participation of the principality in the integration of the Anglophone and Lusophone spheres of micronationalism.

It has been the province of the Empire of Lifréia from May 2015 until the end of the Nossian-Lifreian Civil War, when it became independent. On 20 February 2017, after several weeks of negotiation between Carlo I and Oscar I, it was decided that the principality would join the Empire as a protectorate [1], the first of the imperial history.

The agreement between Karnia-Ruthenia and Nossia foresaw that the protectorate would last for a month, since for the imperial government it would be a sufficient period of time for the princely government end all their disputes to join the Empire or give up doing it. Despite the relatively peaceful period, the principality chose to maintain its independence through a referendum held on 16 March 2017, the result of which was recognized by the Emperor-King of Karnia-Ruthenia the following day[2].

Carlo of Lamburg was appointed Governor of the Province of Astra by his brother, the Kanfre of Lifréia in early 2015. In an internal dispatch to the Imperial Household, the Kanfre Ivan VII (then called Lopes I) referred to his brother as "the most trustworthy person I know." While in office, Carlo came in contact with secessionist factions in the Province. One of them, that operated under the anodyne facade name of "Pope Pius XI Society" took Carlo as one of its commanders. Another organization was referred to by the names of "the Blue Brigades" or "The Moderate Secessionists".

Carlo, after his entry into the organization and now an adherent of Astran independency, didn't agree with the violent ways disseminated by the Society and sought a more peaceful alternative, leaving for the "Blue Brigades". With the provincial elections of May of 2015, he managed to form a sizeable "secessionist" cabinet. From that moment, it seemed that all was going accordingly to the plans of the governor. Diplomatic talks with the lifreian government were to be held soon.

However, hostilities broke out after a member of the so-called "Pius XI Society" (A radical secessionist group) attacked the provincial government headquarters. This triggered a swift response from the Lifreian Government who declared martial law and assumed control of the Provincial Government. Observing the volatile situation, Carlo armed the "Blue Brigades", waiting for the worst.

One year after his accession, the recently-crowned prince acknowledged his own incapacity in leading the newly-installed government himself. After some days of intense meditation on the question, he appointed a newly admitted citizen, Ellinton Machado, to the newly created post of "High Chancellor of the Principality", making him effectively the head of the young government.

Sometime later, Carlo and the Chancellor had their first attrict, when the Prince noticed his unwillingness to keep up with and participate in the goverment routine, also noticing several breaches of protocol and faux-passes by the Chancellor, who once reffered to the institution of the Crown as "mostly useless and limited to rare, if any, ceremonial roles" [3]

On the early days of 2019, after the Anniversary of Independence passed as a blank slate, the prince decided to renew the project, updating it for the new times ahead. At first, the nation's coat of arms were remade on the last days of October 2018, followed by a new flag [4] on the first days of February of the next year. 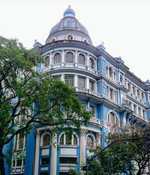 The meeting place of the Princely Parliament, the "Palasso Salina".

The principality is a Parliamentary constitutional monarchy, having, since its founding, a uncodified constitution. The High Chancellor acts as the country's head of government, while the Prince retains supreme moderating power, ensuring that the Nossian Courts do not interfere with the workings of Parliament and the Chancellery.

The country, as of now, has had only one major party, the NNP, wich has retained the majority of national and provincial parliamentary votes since the principality's founding. The NNP retains five chairs in the Princely Parliament, out of nine. The other half of the seats is occupied by independent politicians, the likes of Ellinton Machado, the infamous first High-Chancellor of the principality. 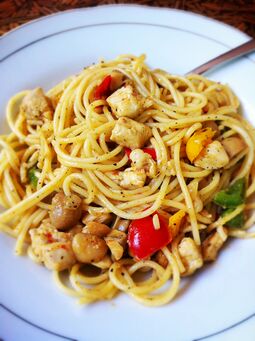 Culture of the Provinces[edit | edit source]

Retrieved from "https://karniaruthenia.miraheze.org/w/index.php?title=Principality_of_Nossia&oldid=8132"
Categories:
Cookies help us deliver our services. By using our services, you agree to our use of cookies.