Thomas, Prince Karácsony-Maryen also known as Thomas Albuquerque de Maryen among micronationalists from Brazil, was the Prince of Maryen, is a Karno-Ruthenian diplomat and nobleman and politician, the second Karno-Ruthenian Ambassador to Brazil and a trusted person of Oscar I, Emperor-King of Karnia-Ruthenia. On 21 August 2019, he became the third Imperial Chancellor of the Empire. He is the founder and current head of the House of Karácsony-Maryen-Saena.

He was also the first coach of the Karnia-Ruthenia national football team and is the current coach of the Karácsony Football Club and is widely known among Lusophone sector for being the owner of the micronational newspaper "O Folhetim", aimed at the Lusophone Sector of Micronationalism where he acts and comments sports, politics, economics, foreign relations and columns of comments.

He was also the second President of the Micronational Confederation of Football, a micronational league of football for micronations of the Lusophone sector and one of the first chancellor of the Academy of Geographical and Social Studies along Ulli von und zu Eibenland-Sansbeurg. He is also the current Minister of Finances.

Thomas Albuquerque was born in Natal, Rio Grande do Norte on 30 April 1994 at the Saint Helena Hospital, being the only son of Josemary Sena and Tulio Albuquerque. He was baptized in the Church of Christ the King. He grew up in the potiguar capital, becaming interested in sports. He practiced Karate, being 5th Kyū of shotokan style. He was also a skateboarder, having a relative reputation in the local scenario, winning a championship in the beginner category and getting third in the amateur category, as well as many others in which he competed. As a teenager he became interested in music and learned to play guitar and electric guitar. From 2013 to 2017 he studied History at the Potiguar University, acquiring the title of Bachelor of History, being therefore a Teacher by training. In 2011 he met Amanda Oliveira, his current wife, with whom he had a son, Theodoro Albuquerque. 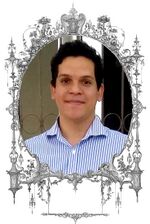 From Pathros to Brigantia[edit | edit source]

He began his micronational life in 2015, in the Kingdom of Pathros. Despite the short time he was there, he was appointed to the post of Vice-President of Parliament and later assumed the presidency of the parliament. About a month later he left the micronation to join Oba Emerson Aquiwedé and found the United Kingdom of Brigantia and Afrikanda. There, he played important roles and contributed to the consolidation of the Kingdom. For this reason it was adopted like brother of the Oba, that means King, and happened to become the heir of the Brigante Throne, holding the titles of Archduke of Aquiwedé, Omubiito of United Kingdom of Brigantia and Afrikanda and Count of Sofala.

After political differences with the Oba, Thomas leaves Brigantia and joins the Kingdom of Escorvania on 01 April 2017 under the name Uriel Ibin Aquiwedé Al Hassan. He was appointed to the Ministry of Education, having implemented the PROFORM, micronational training program. He served as the Ambassador to Pathros. He was also Mayor of Haifa, having been responsible for dividing the city into commercial zones and for determining the values ​​of commercial and residential lots in the city. He also acted as Secretary of National Security with a plan to update the functions of the armed forces, making them more functional. In addition to his political activities, he also acted as an entrepreneur, creating the Al Hassan Lottery and the newspaper O Folhetim, which became of great importance for Portuguese-speaking micronationalism. On 04 July 2017, he abandons his Escorvanese citizenship and founds the Principality of Maryen.

As Prince Sovereign of Maryen, he was responsible for rescuing the simulationism, the mainstream style at Lusophone sector in territories of the Caribbean, until then in disuse. Also it was notable for the diplomatic conduction of the country, being able to maintain diplomatic relations with several micronações of the Portuguese-speaking micronations. Maryen became one of the promising micronations and political force in micronational Central America. As Maryen's Sovereign Prince, he was admitted to the Order of the Iron Cross as Commander Knight, being recognized for the good conduct ahead of Maryen. It was during this period that he also developed a good relation of friendship with Emperor Oscar of Karnia-Ruthenia and received the title of Count Karácsony. However, on 11 March 2018, the Principality of Maryen was extinguished due low activity.

Badge of the KRFT.

In March 2018, Thomas, Count Karácsony, now the former Prince of Maryen, assumed a new Karno-Ruthenian citizenship. Considering his diplomatic skills and increasing reputation as a well-succeeded micronationalist, he was made the Karno-Ruthenian Ambassador to the Lusophone Sector, being appointed as ambassador for Barin, Brigantia, Bugolavija, Escorvania, Gastón, Lancastria, Terras Marianas, Manso, Maurícia, Pathros, R.U.P.A., Reunion and Villa Alicia.

Also a successful manager of football teams, he innovated the national sport with Karácsony Football Club and became the first manager of the Karnia-Ruthenia national football team, the first national team of soccer after the foundation of the Empire. On 04 June 2018, he was appointed High Comissioner of Gaussland, by the decree n. 148-2018[1]. Coincidentally, on the same day, he was elected President of the Micronational Confederation of Football, having as his vice president Edward I, also King of Asgard. He was President of MCF until 30 August and had a pivotal role to bring the second edition of the MCF World Cup to Karnia-Ruthenia.

On 01 August 2018, he was elevated to Margrave Karácsony. Also in August, he was elected to be the Crown Prince of Eslavija, increasing his influence and prestige. Acting politician, he made several contribuitions to the Empire and, during development of survival material supported by the military, he received his appointment as Admiral of the Karno-Ruthenian Navy on 01 December 2018, being also in charge of the Chief of Naval Operations office[2]. On 20 December 2018, he was made Prince of Karácsony-Maryen.

In parallel to his activities in the Empire, he maintains a derivative one-man-nation named Lordship of Santa Rita, that encompasses his and his paternal family's property. The Lorsship was reformed into the Kingdom of Quinta Velha in 2018 and rose to proeminence within the Brazilian sector by 2020.

Since December 2018 until March 2019, plans were made between Karácsony, Oscar I and the Duke of Daugavia to establish an institute of culture or an university. The result of this effort was the creation of the Imperial and Royal Academy of Geographical and Social Studies, an university dedicated to studies of micronationalism and Karno-Ruthenian history.

On 25 April 2019, he was appointed by Michael of Appinfeldt in one of his last acts as Imperial Chancellor, as Minister of Finances[3]. On 30 July 2019, he was proclaimed elected with 100% of the valid votes[4] during the Karnia-Ruthenia general election of that year, becoming the representative of the Ruthenian-Horvatian District for the II Legislature of the Imperial Diet, that in turn elected him as Imperial Chancellor on 21 August 2019. On 2020, he was made Duke of Saena.

His Royal Highness, Thomas, Duke of Saena, Prince of Karácsony-Maryen, Duke of Prince Island, Omubiito of Brigantia, Archduke of Aquiwedé, Count of Sofala.

Retrieved from "https://karniaruthenia.miraheze.org/w/index.php?title=Thomas,_Prince_Karácsony-Maryen&oldid=8297"
Categories:
Cookies help us deliver our services. By using our services, you agree to our use of cookies.